CFL vs LED: Should You Wait? 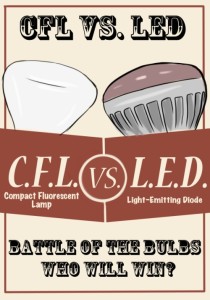 In today’s energy conscious world, most homeowners are interested in their options for energy efficient recessed lighting.

In this post I’ll compare the two technologies – CFL vs LED – that can reduce energy consumption by 75% or more over traditional incandescent lamps.

Before the current LED technology existed, there were only two types of light bulbs used in residential recessed lighting: standard incandescent and energy efficient compact fluorescent (CFL). Many homeowners chose CFLs because of the significant savings in energy over incandescent lamps.

While there’s no denying the major reduction in energy use (about 75%), there are a few drawbacks to CFLs.

The first is the delay when you first flip on the light switch. CFLs have a brief warm up period that can last anywhere from 10 to 30 seconds. This makes them a poor choice in areas where you need light immediately like a hallway or closet.

Another drawback is that they’re not (very) dimmable. Yes, there are manufacturers selling dimmable CFLs, but if you read the reviews you’ll quickly realize that they are a disappointment.

When dimmable CFLs first hit the market, we installed hundreds of them for customers who were thrilled to have a product that was both energy efficient and dimmable. Unfortunately, it wasn’t long before we started getting calls from many of those customers reporting flickering, buzzing, and that the lamps would hardly dim at all.

A third drawback to CFLs is that they contain a small amount of mercury. As trace of an amount as it may be, it’s enough for them to be considered a hazardous waste material which makes them a pain to dispose of.

Around 2010, light emitting diode (LED) light bulbs began appearing on the shelves of the big home improvement stores. As with most new technologies, the quality and performance was mediocre at first, but has since evolved to be outstanding.

LEDs have several key benefits that make them an ideal light source, especially in recessed lights.

By now you may be wondering why anyone would use anything other than LEDs?

The most common objection is the upfront cost.

If cost is a concern (which it usually is), just remember that while LEDs may cost more than CFLs initially, they cost less – much less – over time.

So if the ceilings are low enough  that changing the bulb is not an issue, dimming the lights is not necessary, and a brief warm up delay is fine, CFLs may be okay.

Otherwise, it’s safe to say that LEDs are the clear winner. 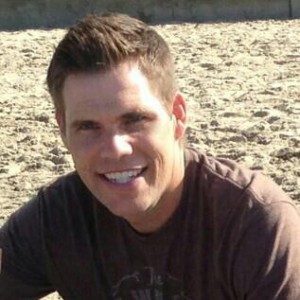